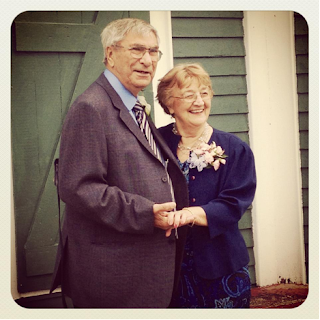 Families are an important part of our lives. And when you are a Leadership candidate, they can be a strategic part of your campaign.


For Jim, his dad Trevor is his staunchest supporter (next to his mother Mildred!) Trevor has been steady on the campaign trail collecting names and supporters  for his son ever since the leadership campaign began earlier this summer.


Trevor would know a thing or two about campaigning.  He was the MHA for St. Barbe from 1979-1982. Yes, the district of St. Barbe has been well represented by this remarkable father and son team.


So, while Trevor has been posting on Jim’s Facebook that his son  has the credentials far and above any other candidates;  he also has the desire, stamina and energy to carry it through,  Jim has been busy on the campaign trail enthusiastically informing people “It’s my Dad’s 87th birthday today!”


Clearly, there is a mutual respect and admiration between the two that is highly inspirational.


Happy birthday from the rest of Team Benentt to a great man and wonderful father who understands that the role of a caring, loving and supportive father never ends - even at the age of 87!